Here is a great article featuring Sego Lily Midwifery from the Hill Country Observer on the insurance reimbursement status in Vermont.  I am now practicing in Utah where the trend is self-pay.  I will eventually blog about my observations on the regional and cultural difference on this issue. 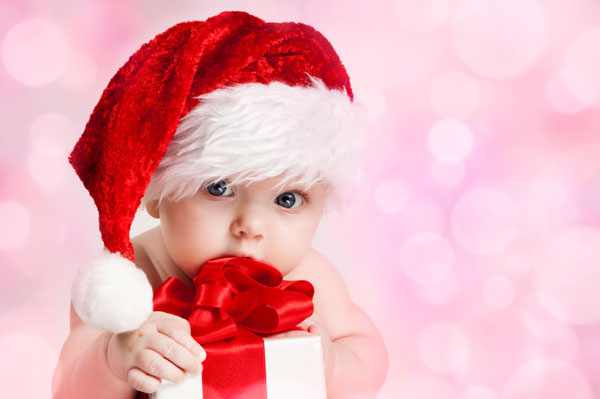 Merry Christmas and happy holidays from Sego Lily Midwifery!  We are eager to usher in 2015 here in Utah and are excited about the people and families we will be blessed enough to serve.

Please share our page with your friends and relations!

In January I brought forth my fifth child.  That makes three boys and two girls…

It is always hard but really fun and rewarding being the midwife of a midwife.  I had two Vermont midwives and my own intern, Brooke, attend my home birth.  Oh – and my two daughters aged 14 and 8  were there! The girls did great!  Cassidy (14) was very involved with the actual water birth while Harleigh brought me cold washcloths for my forehead. 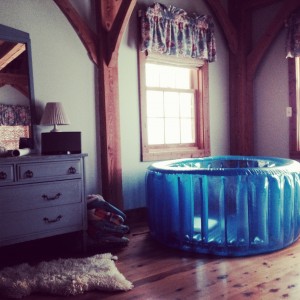 It was a long labor and birth – kind of like a first time..although it was my fifth.  He was a BIG boy, weighing in at 10lbs 4oz.  The midwives were highly skilled and reassuring when I floundered at the end.  The old “running start” position was envoked to bring his shoulders.  I was glad when he was born and I could now claim victory over all of my own births. 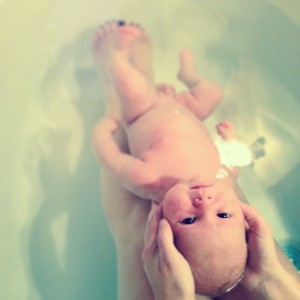 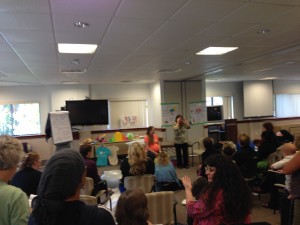 Most midwives will tell you that midwifery, and obstetrics in general,  is a profession where education is ongoing and constant.  No two courses of prenatal care are the same.  No two births are the same.  A midwife could have the most sophisticated education offered, and still be humbled often.  It’s guaranteed.  As a consumer of home birth, I would be concerned if I encountered a midwife who seemed to have all the answers.  Even the very best high-volume OBs I know are not afraid to say – I’ve never seen that before.  Because it’s the truth.

Licensed Vermont home birth midwives are required to attend 20 hours of continuing education every two years to reapply for licensure.  There are a small handful of organizations who sanction Continuing Education Units (CEUs) that are recognized – a couple of these entities are MEAC and ACNM.

October seems to be the month where CEU clinics are often held.  Vermont midwives in solo practice often find it difficult to peel away from our client loads and 24/7 on-call status  to attend workshops out of commuting area to an anticipated home birth.

I had a blessed window of time off-call this fall and attended two continuing education workshops – one in Montpelier, VT and the other in Keene, NH.  They represented 14 hours of total class time and 8 hours or total drive time.  This is no small feat considering I am seven months pregnant with my fifth child.

The first workshop was “Peripheral IV Insertion and Care” – a didactic and experiential course.  It was facilitated by an RN who trains tertiary hospital staff the same skills.  She was amazing.  I completed a few workshops in IV insertion while attending midwifery school, but it is a skill that is best maintained by doing 20 a day.  Obviously, as home birth midwives, we are not doing them often, if at all in clinical practice. 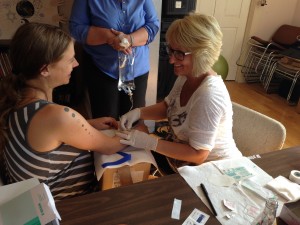 Midwife Heather placing an IV catheter in midwife Hannah’s arm with nursing supervision. Both of us very pregnant.  Still smiling!

Why and when would we offer an IV to clients?  A few scenarios:

1) If a client is experiencing a very severe hemorrhage and the regular course of medications that are routinely given via IM injection are not effective, we would call for emergent ambulance transport to the nearest facility.  If we anticipated a wait time of significance for the ambulance, we would consider inserting an IV with fluids that would help stabilize a woman while in transit.  Some ambulance services in very rural areas do not have Paramedics who are trained to insert IVs while enroute to hospital.  In home birth practice, I have never seen IV insertion for this scenario.  But it is an important skill to have solidly onhand in the once-in-a-career event that calls for it.

2) Some Vermont midwives offer IV fluids to normally laboring women who are seeming a little dehydrated.  Rather than transport for dehydration, the issue may be resolved by IV administration during labor at home.  Other Vermont midwives feel that if a woman requires an IV for any reason, she should be transported to a hospital.  I see no fault with either thinking, but my training in IV administration did highlight the gravity of the procedure and the risks that accompany it.  It also made me feel like any of us who have IVs in the hospital must closely monitor the procedure for extreme cleanliness and proper insertion and I walked away from my training wondering if I had ever experienced or witnessed an appropriate IV insertion in the hospital or if I or those I was with were being placed at risk by the nursing staff.

3) Lastly, a Vermont home birth midwife might offer a woman who tests positive for Group B Strep  (GBS+) at the end of pregnancy IV antibiotics in labor.  This is the CDC recommendation and the community standard of care in the hospital setting.  The culture of home birth has been one where most women decline IV antibiotics prophylaxis, but there is additional risk to the newborn of sepsis in this scenario.  I had one septic baby last year, presumably due to GBS, who was born perfectly but showed signs of sepsis in the first couple of hours.  He went on to a NICU at a large facility and was in perfect health after a 7 day course of IV antibiotics.  Although the parents suggest they have no regrets, I got another grey hair from the case and have been offering GBS+ women IV antibiotics in labor.  So far there have been no takers.

As midwives are not inserting multiple IVs a day – it is not a skill that is even taught in nursing school – it is really important to continuously hone the skill.  The Vermont Midwives Association has brought the instructor back in for those wanting more practice.